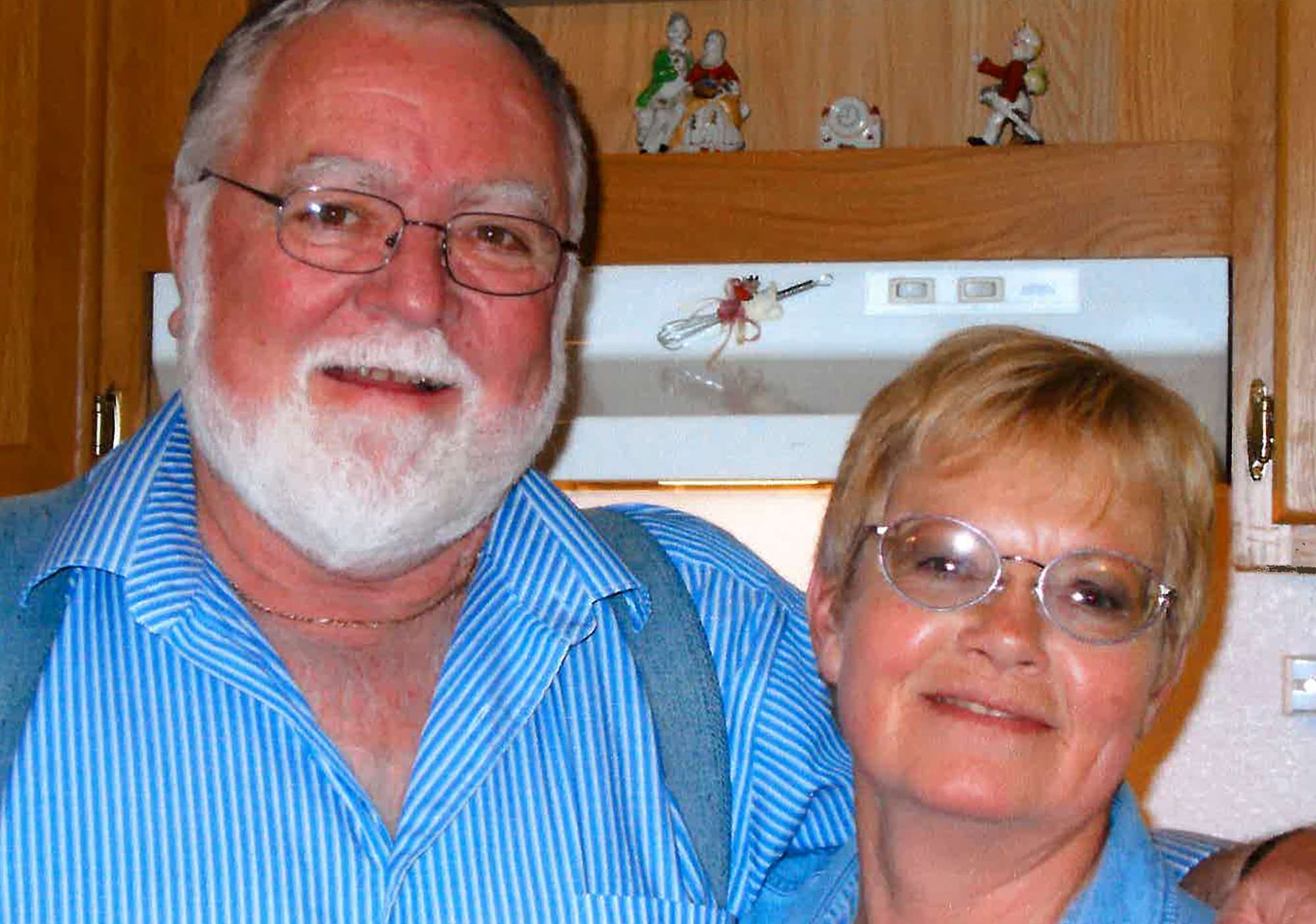 It takes only a few minutes of talking with him to realize that the biggest source of sunshine in the life of Jerry Arbogast is his wife, Clare. She’s been his best friend, traveling companion and caregiver for 50 years. “We met in Spokane on a blind date and I knew right away, she was the girl for me.” They were married in Coeur d’Alene, Idaho, just 18 hours after their first date.

Prior to meeting his sweetheart, Jerry had spent time working on family farms in Kennewick and serving with the U.S. Marine Corps on islands along the northeast coast of South Korea. Jerry was later accepted into the Plumbers & Pipefitters Union apprentice program and this subsequently led to work on the Hanford site where he spent much of his time in confined ‘hot zones,’ tearing down old nuclear reactors or installing pipes at the waste tank farm. His skills were later used around the country, working in the nuclear industry and other energy production sites.

Fast forward a few years to the mid 1980’s. By this time, 75 skin cancer spots had been removed from Jerry. One spot looked particularly onerous and was diagnosed as melanoma, leading to extensive skin grafts for his ear and forehead.

Then, in 2012 an x-ray ordered to check the plural thickening around his lungs revealed a small spot on his  breast. “This was actually a good find; it led to a mammogram and identifying a cancerous lymph node that was removed. The skin cancer had ‘gone rogue’ and got into my lymph system. But the Tri-Cities Cancer team and his physician at Trios Hematology and Oncology helped me fight it off, just like I fought off the other cancers.”

When asked how he coped with this condition, Jerry was quick to acknowledge the importance of family support. “The care I got from Clare and my daughter and son-in-law, Tami and Brian Dimond, made all the difference. One of them was with me at every doctor’s visit and treatment session. My family convinced me I had to get it done and finish the program. I wish everybody could get this kind of support. ”

Jerry had advice for others who work in specialized industrial areas. “Follow guidelines and rules to a ‘T.’ Those rules are in place to protect you. Know the safety procedures and follow them! ”

Clare wanted everybody to know some of the early signs of malignant skin conditions and to look for these on themselves and their companions. “Watch for small pimples, especially if they start to bleed on their own…no scratching them! Scabby, irregularly shaped looking areas that don’t quickly go away are also a warning sign. Monitor these things, and if they change over a few days, see a doctor!”

After fighting these battles together, Jerry and Clare now have a short list of special goals. Clare said their top priorities were to get more exercise and to learn to eat properly. But turning to Clare, Jerry reminded her of another goal.

“More time fishing and walking with you, Tami and Brian on those beautiful Oregon beaches.”