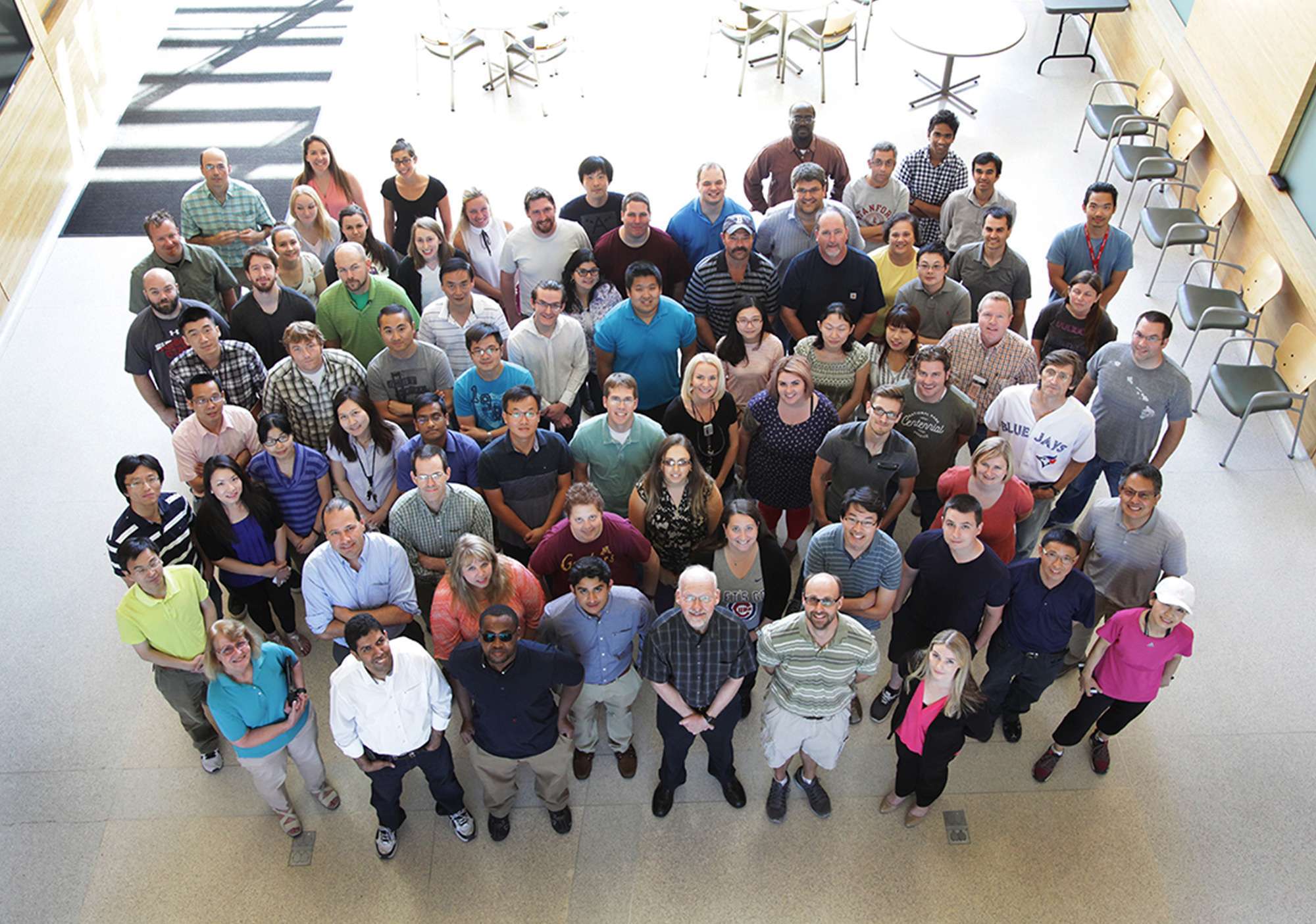 Cancer is not a singular entity. There are thousands of different diseases we call cancer because there are thousands of different ways for a normal cell to become cancerous. So identifying the right treatment can be a complicated problem. But progress is being made on this problem at Pacific Northwest National Laboratory (PNNL), here in the Tri-Cities.

The early history of cancer research at PNNL
Cancer research in the Tri-Cities started with the Atomic Energy Commission’s Pacific Northwest Laboratory (PNL, predecessor to today’s Pacific Northwest National Laboratory). In the 50’s and early 60’s, health physicists at PNL carried out studies with alligators, goats, and other animals to understand the relation between radiation and cancer.

These studies showed that directed radiation could kill localized clusters of cancer cells, a finding that helped in the development of the radiation therapies used today. As research at PNNL continued, improved methods were found to constrain therapeutic radiation to a small volume of cancer cells. Later, researchers learned how to use monoclonal antibodies with radioactive isotopes produced at the Hanford site’s Fast Flux reactor to attack individual cancer cells, resulting in very site specific irradiation. These early studies all pointed to the need for more efficient and faster ways to produce a variety of isotopes. Since 2012, with support of the DOE Isotope Program, scientists at PNNL and the University of Washington have worked together to develop automated techniques for the production of high quality isotopes for use in the treatment of cancer.

And more recently…
Physicians are in general agreement that the early detection of cancer is central to having a successful treatment. Today, scientists at PNNL are developing techniques to identify tumors before the appearance of any symptoms and to also understand the genetic mutations that turn healthy cells into their cancer counterparts.

The big question is, how do we identify the presence of small clusters of cancer cells within the human body? And what therapies can then be deployed before these small clusters grow? Working to solve these problems is front and center to research being done by Dr. Karin Rodland and her colleagues at the Precision Medicine Innovation Co-Laboratory, or PMedIC, where Karin is the co-director. This is a joint research collaboration of PNNL and the Oregon Health & Science University (OHSU).

“We [PNNL] are bringing new analytical technologies to the medical teams and clinical studies at OHSU. These technologies can identify thousands of proteins in the human body, including those given off by cancer cells. Using this information, we’re working to identify patterns that can be used as early warning signals for the start of tumor formation.” This work may also shed light on the important question, why do some tumors become resistant to drugs and others don’t? Such studies would have been impossible not long ago, and can only be done now using instrumentation developed over the years through support of Department of Energy’s Biological and Environmental research program.

“Cancer research is very much a multi-team, multi-agency effort” Karin said. The National Institute of Health is supporting work by Dr. Richard D. Smith and his team in the Lab’s Biological Sciences Division to quickly characterize the tens of thousands of different proteins that govern cell processes. Another PNNL team being led by Dr. Steve Wiley of the Environmental Molecular Sciences Laboratory (EMSL) is investigating how information gets from outside of a cell to the cell nucleus where genes are turned on and off. This switching, in turn, plays a key role in determining if a cell will become cancerous or not.

Where research is taking us
Our understanding of cancer has come a long way since alligators and other animals were irradiated at Hanford. Many traditional cancer therapies are still based on statistical results from clinical studies that had characterized the cancer by where it was first found (e.g., the liver, the brain, etc.). Today, molecular markers are seeing increased use in characterizing cancers with the result that more targeted therapies are available. And yet more progress is expected as scientists and clinicians learn to use early warning signs of specific genetic mutations to guide treatments.

The research being done at PNNL in conjunction with other institutions is pointing to a future where readily available precision medicine makes use of the patient’s own biochemistry and genetics to determine the most effective therapy. New knowledge about treatments is coming fast. Recognizing that it can be difficult to follow all these developments, Karin suggests interested persons check out the peer reviewed information on the websites of the American Association for Cancer Research (www.aacr.org ), the National Cancer Institute (www.cancer.gov) and the American Cancer Society (www.cancer.org).

Where will this progress in understanding cancer take us? Karin expects that in the next five years, therapies customized to individual patients will start to be available in health centers around the country. And 10 years down the road, she sees cancer being treated as a chronic disease, like diabetes or asthma, with standard treatment plans that let patients have a life like those who are cancer free.

It’s estimated that every year we have 150,000 fewer deaths from cancer in the U.S. than occurred during an average year in the 1980s. And there’s every reason to think these numbers will continue to decrease as a result of scientific contributions being made here in the Tri-Cities.