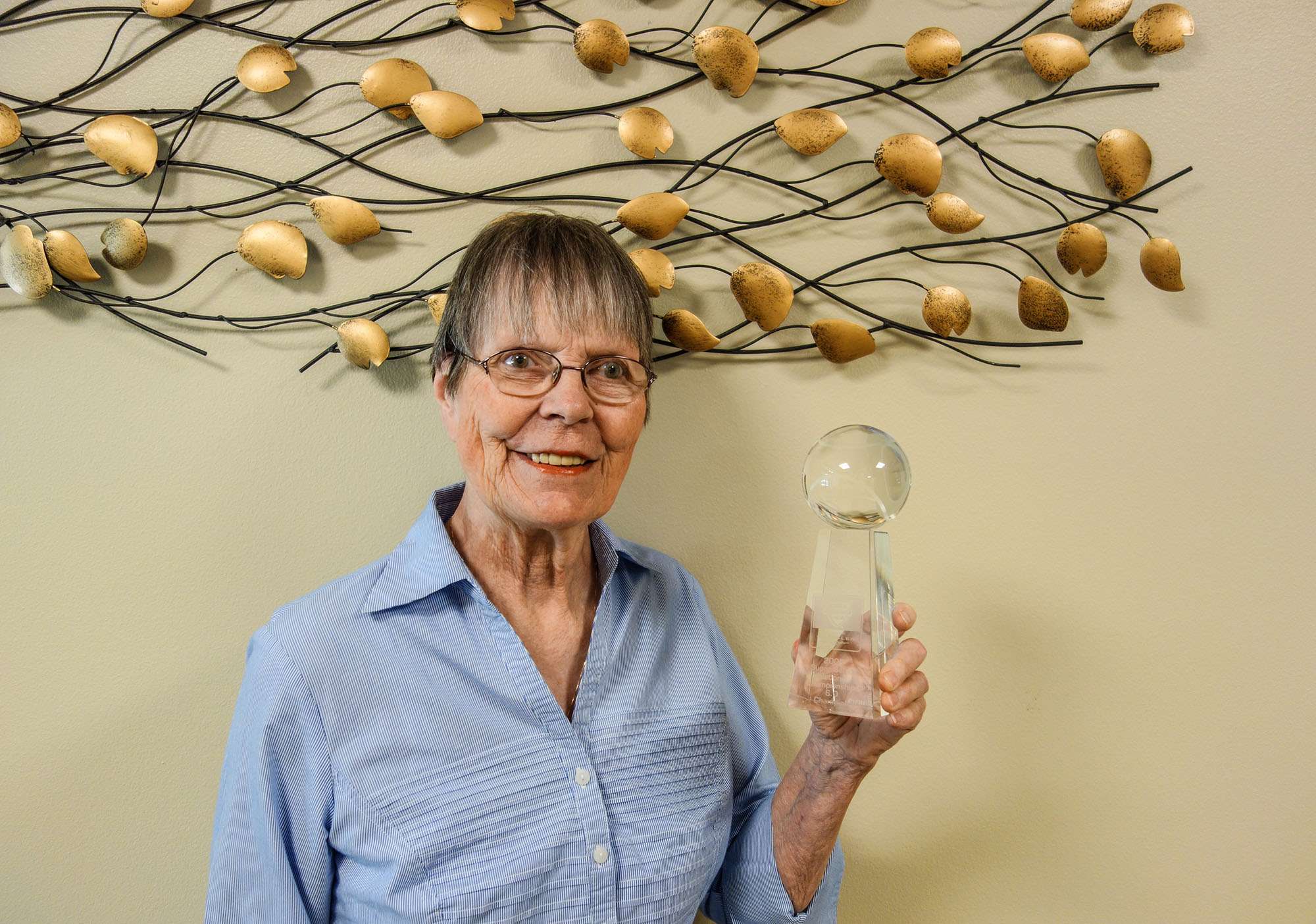 What’s the first thing one does after starting the day at Sunday morning church, ending the day in the Kennewick General Hospital ER, and learning Monday morning that x-rays have revealed a large abdominal mass that will have to be surgically removed by specialists at Seattle’s Virginia Mason Hospital and Medical Center?

The first thing Jane Hunt did was contact tennis teammate Debbie Berkowitz to reschedule her playing schedule. “Debbie, Fran Sharpe and Elaine Chapman were there for me from beginning to end,” says this 12 year survivor of ovarian cancer. “Community support, from my tennis friends, my church friends, friends in the Tri-Cities American Contract Bridge League, and next-door neighbors, Mike & Danette Keegan and Mark & Karen Byrnes, helped me get through living with on-again and off-again cancer. “

Having follow-up care here in the Tri-Cities was a terrific benefit to her for many reasons including “…being able to stay in regular touch during treatment with all my supportive friends.”

Jane came back to the tennis courts 8 weeks after her 2004 surgery (“My partners went easy on me for a little bit”). The surgery and chemo were successful, with no sign of cancer between 2004 and 2012.

It was during this time that Jane played on the local 6.0 [level] USTA team that went to and won Nationals. “Team members hiked up Badger Mountain many times before the big tournament.
It definitely got us in shape for competition!”

With all this conditioning, Jane recognized something was wrong in June 2012 when she experienced chest pain and extreme shortness of breath, not while tramping up Badger Mtn. or playing tennis, but during a bridge tournament. “I took the unheard of action of walking away from the tournament! “It was a good thing she did. Her trip to Kadlec Hospital resulted not only in finding an abnormal amount of fluid between her heart and pericardium but also resulted in a finding of malignant cells in this fluid.

Her cancer had returned.

Proteins in the blood typically used to identify the source of these malignant cells gave ambiguous results. But her medical history and other symptoms led physicians at Kadlec Hematology and Oncology to suspect a return of ovarian cancer. Jane began a second regime of chemotherapy, similar to what she had received in 2004. While once again there was no nausea or diarrhea with this second round, neuropathy in her feet put an end to her days on the tennis courts. But not to her days near the tennis courts, where she still volunteers during tournaments at Columbia Basin Racquet Club. “I didn’t want to lose track of my tennis friends.” Or her bridge club friends (she’s been unit president twice), her church friends (she’s the head usher) or neighbors. “All are still part of my life.”

Now Jane makes every day special. In addition to her tennis, bridge, church and neighborhood activities, she participates in many of the Tri-Cities Cancer Center’s (TCCC) support programs and is also a TCCC volunteer with husband John. The Hunts have travelled extensively on all seven continents and last month returned from a 3-week trip to Hungary and surrounding countries. They have plans for more travel in the future.

As a young girl, Jane spent 6 years living in Washington D.C., where her father was active in national politics. It was a stimulating environment, with debates around the dinner table being common. But age differences between her older parents and families with youngsters her age resulted in a lack of other children with whom she and her sister could interact.

Books, however, were present in abundance. “Scarlett O’Hara from ‘Gone with the Wind’ was one of my favorite childhood characters. I’ve always been impressed by her strength under adverse conditions.”

And while a young Jane Hunt may have been impressed by Scarlett O’Hara, it’s easy to imagine Ms. O’Hara being equally impressed with today’s Ms. Hunt.