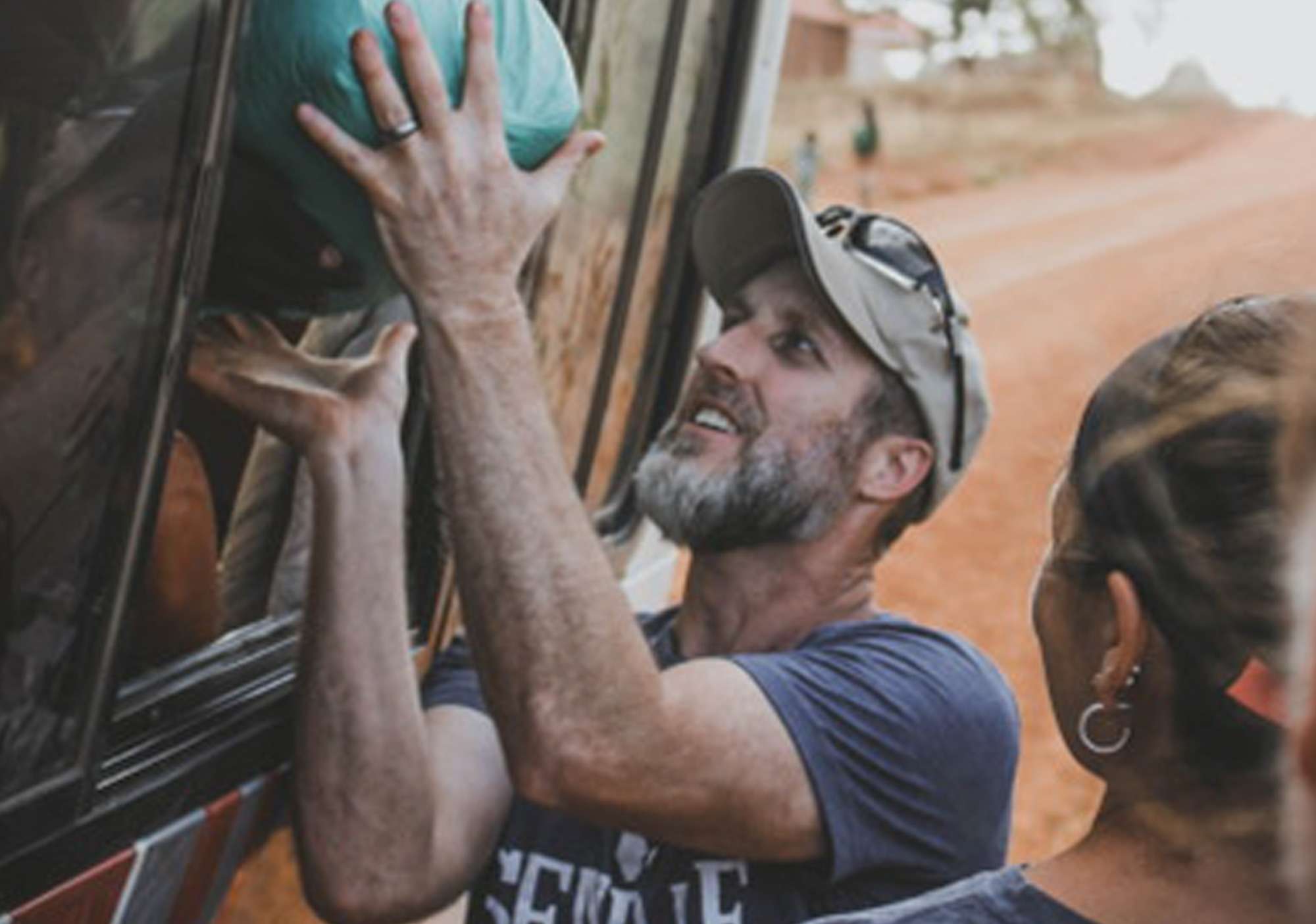 Service, travel and people have always been part of Kurt Azeltine’s life. These qualities explain why this Tri-Cities Cancer Center (TCCC) radiation therapist finds satisfaction in a job where he helps people on a daily basis and travels to Third World countries for his vacations to do more of the same.

“Service activities have been part of my life since I was a kid” says Kurt. It began with church sponsored work in Alaska, where he joined youngsters living outside of Valdez and Cordova, helping with social activities and bringing care packages of food and extra clothing. But his most ambitious and challenging project came in 2016 when he joined 17 others from the Tri-Cities Calvary Chapel for a 2 ½ week work program in Pajule, Uganda, a small dusty village located some nine hours by bus from Kampala (see map).

“We came with material goods that included such basic things as soap and mosquito netting. But we also brought live goats and chickens, not for immediate consumption by the people of Pajule, but to help them have a steady source of milk and eggs and, as the goats bred, something with which to barter for other basic supplies.”

One source of concern for Kurt during his visit to Africa were the many people in need of medical attention but having access to only very modest facilities. In one case, he found that the treatment for malaria consisted of just keeping the patient hydrated. The main medical clinic in Pajule was no bigger than the TCCC Volunteer Conference Room albeit much more primitive. “I saw medical devices not just from the last generation of care givers, but the generation before that…old style IV units and none of the sophisticated technology we have at the Cancer Center.“ He also noted that cancer in Pajole is not the primary health concern; basic nutrition and hygiene are the key medical issues.

Of course surprises await any traveler visiting Africa, including close up views of elephants and other large animals. But two surprises in particular stood out for Kurt. While he anticipated seeing lions, he did not expect to see a ‘cougar’ on a t-shirt worn by one of the kids of Pajule. The shirt had a red background and the famous Washington State University mascot on front. It turns out that many surplus clothes are sent to Africa, including college t-shirts and sports clothing from other teams and organizations.

Kurt’s second big surprise? “The pineapples! I’ve never tasted such marvelous pineapples and other fruit in my life.”

The Cancer Center played a supporting role in helping Kurt to help the people of Pajule. He got the immediate backing of his supervisor, Shelly Cole, and of Michele Caron, TCCC Clinical Services Director. After explaining to them where he wanted to go and why, both said ”yes, you are going!” Other Cancer Center colleagues supported Kurt by covering for him at work during the Christmas season when he took time-off for his African travels. This approval did come with a caveat; when he got back, he had to give a slide show about his experience in Africa, which he was eager to do. “Everyone here supported my work. I found that the giving spirit of the Cancer Center extended beyond our campus and out to people in need on the other side of the world.”

Kurt had advice to others wanting to help people living away from the usual tourist paths. “Find any place that has a need and go! It’s an opportunity to see something new and help people at the same time.” He also noted that his trip gave him a fresh reminder to never stop appreciating what we have in America or of the satisfaction that comes from helping others.