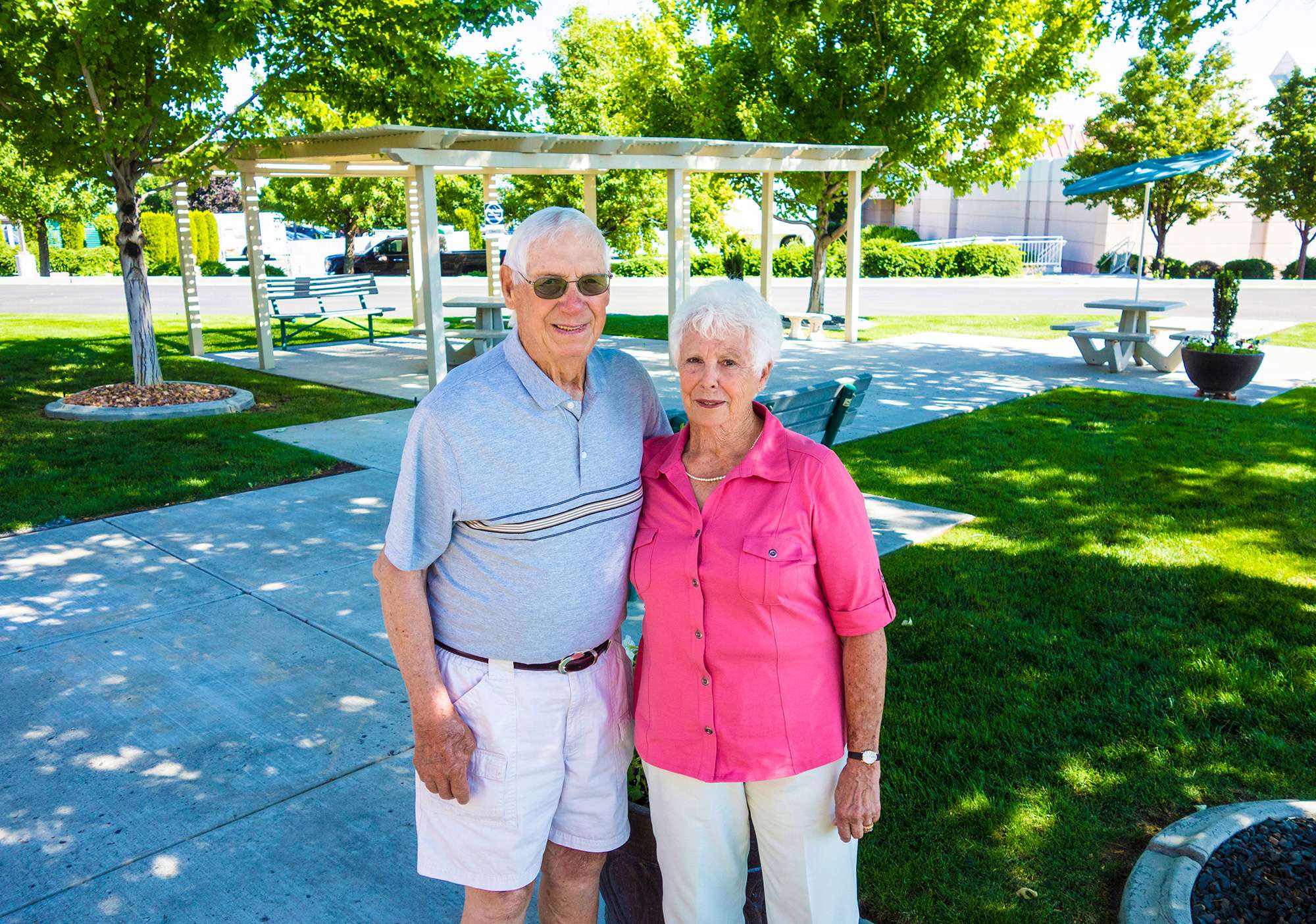 Willie (the cancer survivor, not the bank robber) had a variety of aches and pains over the years, but he characterizes most of his life as one of good health. Still, this former Air Force serviceman made use of the annual physical exam offered by our local Veterans Administration Office.

He had gone in for the exams many times and the results were generally positive. But when Willie turned 78, his wife, Barbara, pushed him to have his PSA [prostate-specific antigen] levels checked. The doctors were initially hesitant to do so, citing guidelines recommending against PSA testing for individuals at Willie’s age (78 at the time). But they finally agreed and the tests were done.

The first test results came back with borderline normal values. But over time Willie’s PSA levels started to increase, eventually doubling from one year to the next. This sudden increase led to a biopsy by his urologist that confirmed prostate cancer. And this took him to the Tri-Cities Cancer Center.

“My urologist said I could either follow a ‘watch and wait’ routine, or start radiation treatment right away. I was symptom free, so there was no discomfort, but I still wanted to get this behind me. So I opted to start treatment as soon as possible.” The next decision was where to go for the treatment. He settled on the Tri-Cities Cancer Center because his urologist had ‘heard great things about it’, and this led to Willie working with TCCC radiation oncologist Dr. Guy Jones who oversaw his treatment.

After two months of radiation therapy earlier this year his PSA numbers are now down to safe levels and the cancer is behind him. He attributes his success to several factors, starting with having a basic physical exam every year. He’s also quick to give credit to Barbara, who first insisted that his PSA level be checked. And while patients should talk with their physicians about the pros and cons of PSA testing, in Willie’s case, it identified a problem that was fixed with relative ease. “I feel great now, and don’t have the worry of cancer slowing me down, even at my age.”

He also notes that each session was quick and painless. A typical visit was only a half-hour long. Most of the time was spent having a custom mold placed over his legs to minimize motion in his lower body, thus insuring precise targeting of the radiation beam. There was no residual soreness following the sessions.

The treatment plan and scheduling worked well for Willie. The Cancer Center set up his appointments for late afternoon so he could go goose hunting in the morning. He also started to look forward to seeing Dr. Jones and the radiation team. “And I’m still in touch with my waiting room friends Julie, Kathy and Naomi. This, plus getting good medical care, made it a daily activity I looked forward to.”

Barbara still recalls the shock that came with learning about Willie’s cancer diagnosis and feels it hit her harder than Willie. The couple of 63 years got through it all with the support of their family, including adult children (and Tri-City residents) Wendy and Scott, both of whom came to many of their medical appointments, while daughter Cindy (in Spokane) made frequent phone calls to check on Willie.

With the treatment behind them, the couple can now relax again. They noted that the biggest changes in their post-treatment lives are that Willie has gone from his winter goose hunting trips to fishing trips (for walleye and salmon), and Barbara is back on the golf course and working on oil paintings with other members of Cyber Art 509, a Tri-Cities art organization.

Willie had some final advice for other patients. “Get an annual physical exam, listen to your spouse, talk with your doctor about PSA tests and learn about the great people at the Cancer Center.“