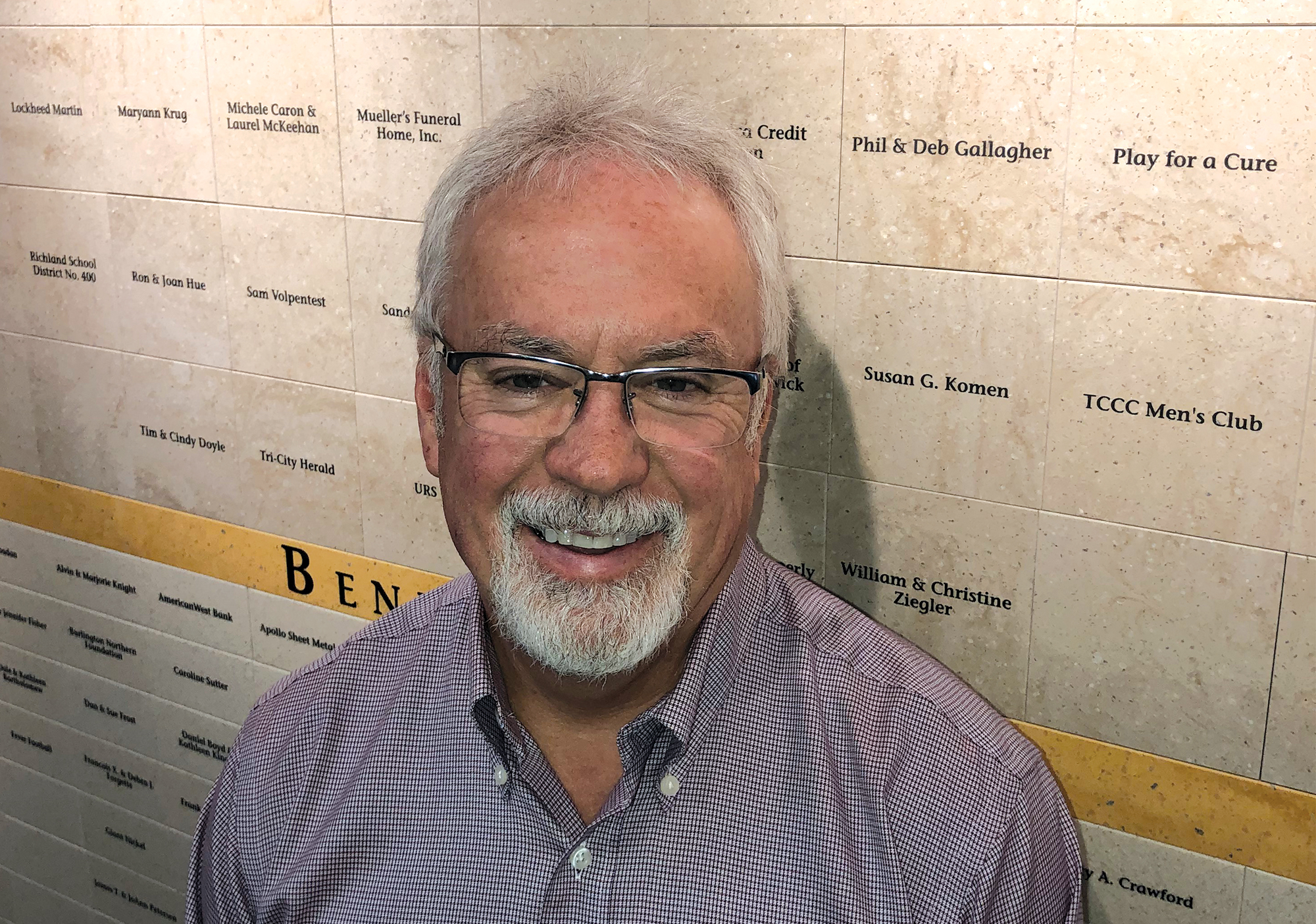 One of Phil Gallagher’s earliest memories is that of sitting in the back of his father’s pickup truck while driving down the streets of his hometown in Connecticut. His job was to put the Red Feather flags into flag holders along Main Street. that reminded people to support their local Community Chest. When he asked his father why they were doing this, the answer was simple. “We’ve got a truck, so we can do it.” This family tradition of public service, ‘we can so we should’, has been a big motivator for Phil ever since, continuing with his college days at Worcester Polytechnic Institute, where the motto of his fraternity was ‘Give, expecting nothing thereof’.

The philosophy of helping others eventually led Phil to the Foundation of the Tri-Cities Cancer Center (TCCC), where he found a community of like-minded (“and fun!”) individuals working in support of a cause that was easy to get behind; providing essential health-related services to the Tri-Cities.

Phil came to the Tri-Cities through a career working around the country in the nuclear industry. Now senior vice president of Babcock Services, both his business and personal life have a large focus on our community. Professionally, he provides support for commercial nuclear facilities around the country as well as the major Hanford contractors. Personally, he’s married to another Center volunteer (wife Debi), is the father of son Scott and daughter Hannah, both of whom graduated from our local schools, is a golfer, gardener and paddle boarder. As a past president and a current board member of the Cancer Center Foundation, he’s a strong booster, hands-on backer and advocate for many of its activities.

As part of the Foundation leadership team, Phil would like to see more people volunteer just a few hours a month. His own time investment is variable, typically a couple of hours a week but sometimes more when they have a big event or a retreat. He’s quick to note that it’s not all work; there’s a lot of fun and satisfaction in seeing activities come together, and “…the other volunteers and Foundation members are a great group of folks to be with.”

When asked what he’d like to see develop in the future, Phil talked about expanding the services offered by the TCCC. In particular, he’d like to see the Center develop a ‘hostel’ like facility for families coming in from remote areas that have to stay here for 3-5 days. “This would be a facility that would allow families to maintain their quality time, something like the lodging in Seattle run by the Virginia Mason Medical Center.”

Justifying this need is the fact that the TCCC provides services for residents coming from as far away as Pendleton to the south, Yakima to the west, and up to northern Franklin County. As the population in these areas grow, so too will the need for services offered here. Housing support for patients is obviously a long term goal, but it’s one for which Phil would to like start planning in the not too distant future.

Phil knows that the Foundation and all the TCCC volunteers are working to improve an already great community. But more needs to be done. And who’s going to do it? Phil recalled another quotation from his youth, this one from ‘The Lorax’, by Dr. Seuss:

“Unless someone like you cares a whole awful lot, nothing is going to get better. It’s not.”
(Quote from ‘The Lorax’ by Dr. Seuss.)