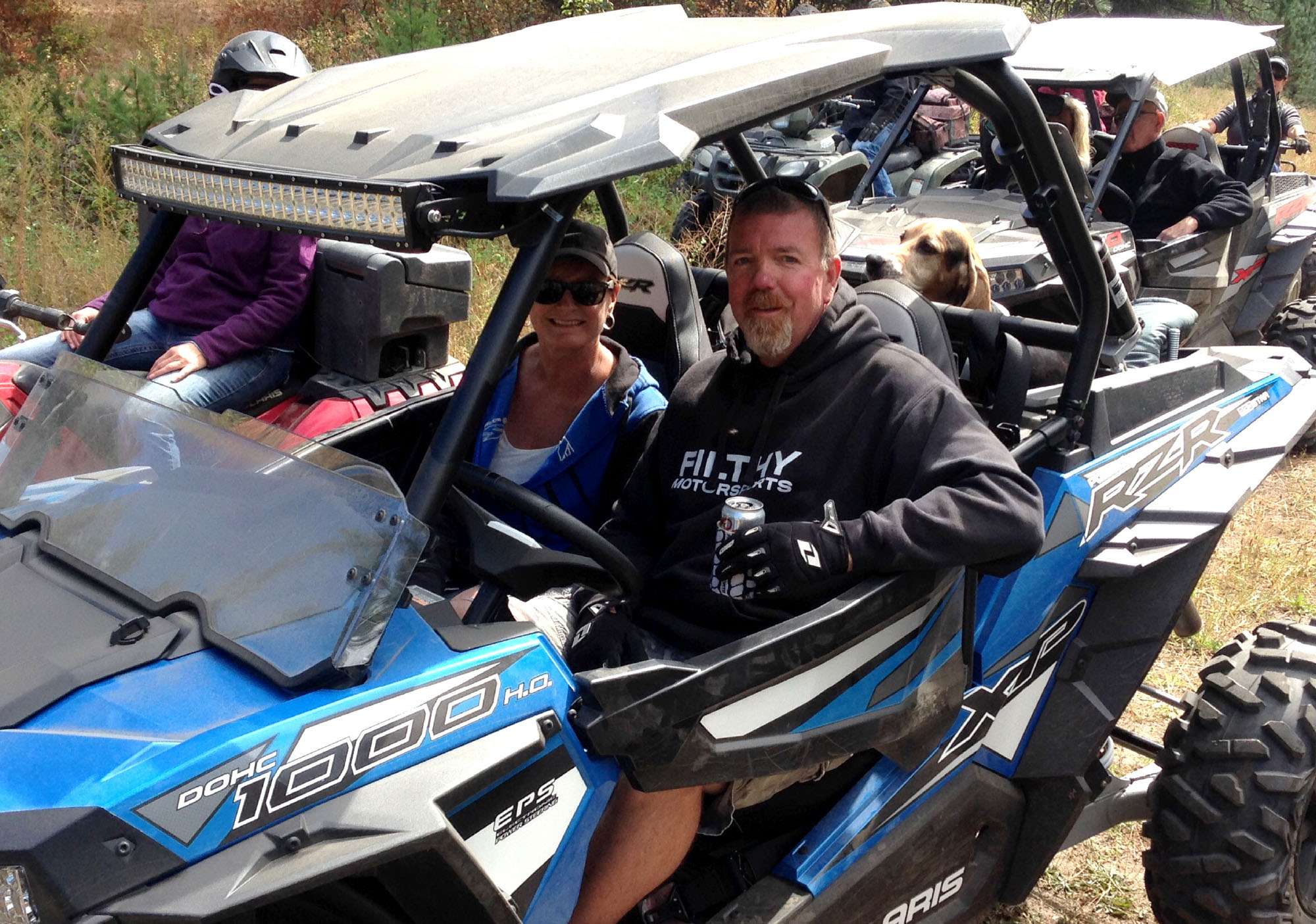 Scott Uribe’s wife, Barb, had been urging him to get a colonoscopy early in 2014 when he turned 50. “But I didn’t seriously start to think about it until December 2014 when I started having problems going to the bathroom, found blood in my stool and had issues with both diarrhea and constipation.“ A colonoscopy in April 2015 confirmed a diagnosis of rectal cancer, a cancer that’s easily treated in its early stage but less so as it advances.

At a juncture of the care plan, Scott got a second opinion from the Seattle Cancer Care Alliance (SCCA) with whom the TCCC partners for clinical trials and other programs. The SCCA specialists agreed with the treatment plan developed by the Tri-Cities physicians and suggested he continue to receive treatment at the Cancer Center, closer to home where he would benefit from family support. “The Tri-Cities Cancer Center (TCCC) doctors, the oncology nurses, the radiation therapists … they were like a single unit getting me through the treatment.”

Scott’s tumor started to shrink while undergoing treatment and he began to slowly feel better as his colon opened up. Each hurdle … including chemo and radiation therapy, two surgeries, a colostomy bag, a nutrition IV, absorbent underclothes and bed pads as well as constant trips to the bathroom … brought him one step closer to returning to a ‘normal’ life. He anticipates a full year before everything starts working normally.

Now that he’s on the mend, Scott is willing to share what he learned about coping with rectal cancer. First, get a colonoscopy at age 50 (or earlier in some cases). Second, once treatment starts, don’t lose sight of the final goal!

His third piece of advice: maintain a good attitude. This applies to both the patient and his support team. “It was a ‘360 experience’” Scott says, “where my attitude set the tone for my family and their attitude affected mine.”

Scott would speak frankly with family and friends about the greater need for support than sympathy. “Not only did my family support me emotionally, but they were with me during each meeting with the doctors.“ Which led Scott to recommend that patients have an objective listener with them when consulting with doctors. “You’ll get hit with more information than you can personally absorb during these visits.”

Another practical lesson was foreseen by his wife. “Barb was always telling me ‘don’t overdo it, even if you feel good.’ On one occasion I felt great after a chemo session. That afternoon I took our boat to Cedars Restaurant for dinner. It was 100°F and I was sweating buckets the whole way. Big mistake!! I should’ve listened to Barb. I was out of commission for a couple days from pushing myself too hard.”

Scott’s back at work now, overseeing construction projects throughout Washington, Idaho and Oregon for Northwest Pipeline, a company that provided him with short-term disability and moral support during his treatment. He now has one other serious activity planned for the near future; to make sure his son, Blake, has a colonoscopy at age 40, some 10 years younger than when Scott was diagnosed. And his less serious plans? Selling the family boat and buying a motorhome to do more camping trips with family and friends.