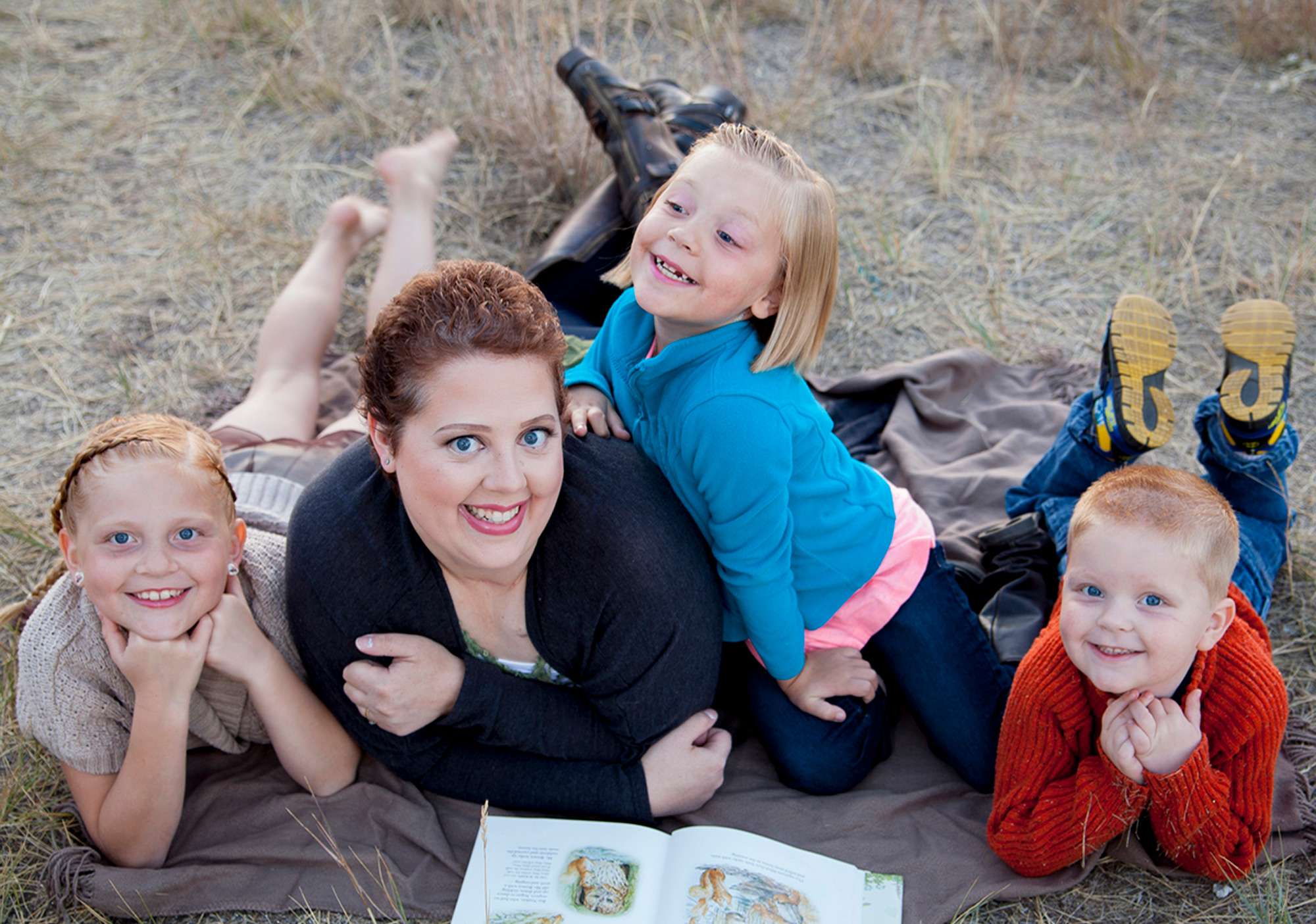 As a scientist at Pacific Northwest National Laboratory, Athena Schepmoes of Kennewick worked on several research teams using state-of-the art mass spectrometers to identify proteins that could serve as early markers for prostate, breast and ovarian cancers. But it was the simple low tech self-examination in September 2015 that linked a persistent soreness in her breast to a small lump and subsequent diagnosis of breast cancer. And this led to the formation of another team, her cancer support team!

A whirlwind of activities followed the detection of the lump, including a mammogram, ultrasound and biopsy. Her cancer treatment team came together quickly as Dr. John Droesch, her breast surgeon with Kadlec Clinic, partnered with his colleagues from the Tri-Cities Cancer Center’s Breast Oncology Program to arrange all aspects of her treatment. With Dr. Eric Gamboa of Kadlec Clinic Hematology & Oncology administering chemotherapy and Dr. Sue Mandell of the Tri-Cities Cancer Center delivering radiation therapy, her treatments started in less than three weeks. With her short-term disability from PNNL came cordial instructions from management to ‘get healthy again.’ It was a whirlwind but, as Athena noted, “…every day was one step forward on the treatment and one day closer to my goal of simply getting back to being myself again.”

The day of her diagnosis was also the day another element of her support team came together. During a meeting with Dr. Droesch, Athena received information about the Tri-Cities Cancer Center support group, Warrior Sisterhood. She attended her first Sisterhood meeting that night because, “I didn’t know how I would feel later.” At this meeting members were making a paper chain with encouraging messages on the links to give to another “sister” who had been hospitalized. It wasn’t much later that Sisterhood members supported Athena when she was losing her hair. They helped her organize a head-shaving party where husbands or brothers could shave their heads in solidarity.

Athena is now an active member of the Warrior Sisterhood Executive Board. “We’re open to any woman with cancer or a cancer-related diagnosis, whether they join us on the day of their diagnosis like I did or completed their therapy long ago. We have a wide range of ages, support meetings, educational meetings and many fund-raising and social activities that are just plain fun, including painting classes and stand-up paddle boarding. All are welcome.”

Another part of her cancer-fighting team was the Tri-Cities Cancer Center’s Kids Konnection, an educational and support program for children ages 7 – 14 who have a parent or other significant adult in their lives who has been diagnosed with cancer. Daughters Kennedy, age 5 at the time of Athena’s diagnosis, and Madison, then age 7, looked forward to the weekly meetings that provided a safe environment to talk about their feelings, and know it was OK to feel angry, sad or scared. Kids Konnection offers a tour of areas normally off-limits to children, including the chemo infusion suite and radiation treatment rooms. There, they had the opportunity to talk with staff and learn more about what was happening to their mom. “My kids had a much better idea of what I was doing when I went in for treatment. It really helped them to be able to talk with other kids whose lives had been impacted by cancer and learn about cancer at a level they could understand.”

Other members of Athena’s cancer support team were teachers and counselors at school. The staff of Bethlehem Lutheran School worked with Athena to determine how they could best help her children.“Basically, the teachers would take their lead from my daughters. They offered reassurance and often prayed with my daughters. As a parent, it’s very comforting to know there’s this other set of adults available to help children get through difficult times.”

Athena’s multifaceted support team at work, at the Cancer Center, Kadlec and at her children’s school was critical in her recovery, both mentally and physically. Now, with much of the treatment behind her, she’s back to being a full-time scientist, raising three busy kids with her husband Luke, and helping others facing a cancer diagnosis through participation in the Warrior Sisterhood.

With all these activities, she finds herself once again living a busy, full and healthy life.