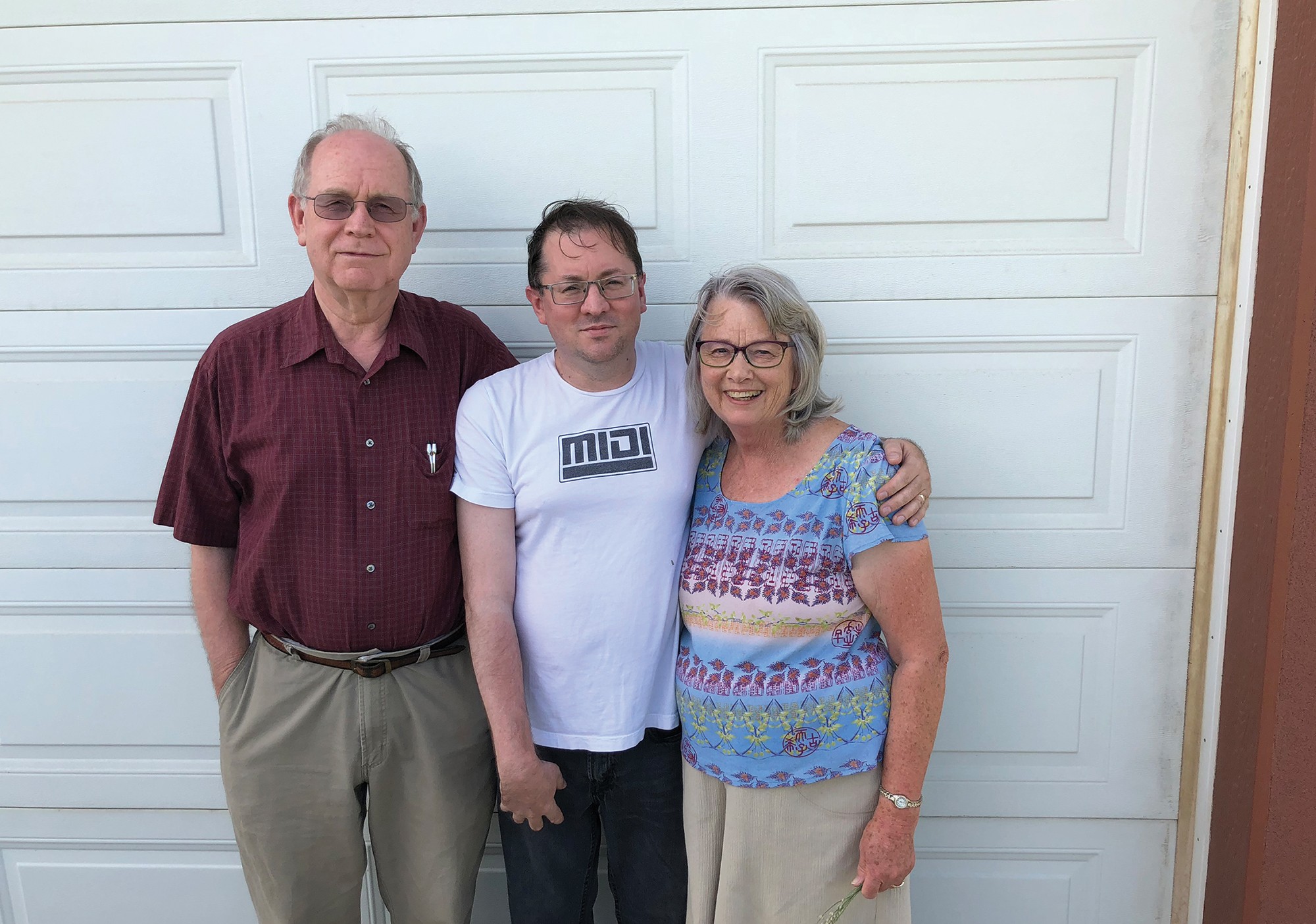 The Gleason Score
There was concern in 2012 when Terry Warnick’s Prostate-Specific Antigen (PSA) levels went slightly above the ‘normal’ value of 4.0 ng/mL. But then his count went down. Then back up. Then down. This up-down cycle continued through 2015 when his PSA levels not only went up but stayed up followed by a biopsy to understand what was going on. The pathologist who examined the biopsied samples looked for two types of cell patterns known to be associated with prostate cancer, giving Terry a ‘Gleason Score’ of 3+3. Because the sum of these two numbers was less than seven, it was recommended that a watch-and-wait protocol be followed, with Terry’s PSA levels to be closely monitored on a regular basis.

Eventually Terry’s PSA levels climbed up to nine, well above the normal value, and another (his third) biopsy was done in 2017. This time Terry had a Gleason Score of 3+4, at which time Kadlec Clinic urologist Dr. Patrick Gavin said ‘let’s take action.’

The action started with Terry meeting Tri-Cities Cancer Center oncologist Dr. Juno Choe to learn what treatment options were best suited to his specific case. There were many options, but Terry says “Dr. Choe gave me a full hour of his time, educating me about what therapies were available, and clearly describing the pros and cons of each one.” They settled on radiation therapy, but with a new twist.

SpaceOAR enters the discussion…
Treatments of prostate cancer had come a long way since Terry’s father was treated with multiple implants of radioactive seeds during his last 15 to 20 years of life (he passed away from another condition). Dr. Choe told Terry that a new technology, ‘SpaceOAR’ had recently been introduced as a state-of-the-art treatment and he’d found that this supplement to radiation treatment greatly reduced the discomfort commonly associated with radiation therapy of the prostate. As Dr. Choe explained it to Terry, the SpaceOAR gel acts as a spacer, pushing the rectum (which is the ‘Organ At Risk’ in ‘SpaceOAR’) away from the prostate. This added space greatly reduces the exposure of the rectum to radiation as the prostate is treated, with a corresponding reduction in undesirable side effects.

Terry decided to give SpaceOAR and radiation therapy a try, and says he’s glad he did. “The discomfort associated with insertion of the SpaceOAR gel was nothing compared to the three biopsies I’d already had. There was a pinprick as Dr. Choe injected a numbing compound followed by a short-lived feeling of fullness as the spacer gel was inserted.” Terry’s radiation treatment started two weeks later. Post treatment, he noted some tenderness on his hip (where the beam of radiation passed through on its way to the prostate), some dryness of his skin and residual fatigue associated with most radiation therapy. But otherwise, he says he was symptom free, and he’s optimistic that a follow-up check this spring, after his PSA level settles down following his treatment, will result in a clean bill of health.

Asked if there were any surprises with the treatment, Terry noted that at the start of each radiation session the TCCC technicians would do a 3-dimensional x-ray scan to position the radiation beam and to check that he had an empty rectum and inflated bladder. The empty rectum was needed to minimize pressure on the prostate from behind, while an inflated bladder moved the front of this organ away from the prostate. Terry said the empty rectum part wasn’t too hard or too bad. But it was an ongoing challenge to get the timing and amount of the inflated bladder part right. “If I wasn’t fully ‘tanked up’ the technicians would send me back to the waiting area with instructions to start drinking.”

But he also joked that if he was fully ‘tanked up’ or, worse, ‘over tanked’… well, he only had to lie still on the radiation treatment table for a few minutes before relief was quickly sought!