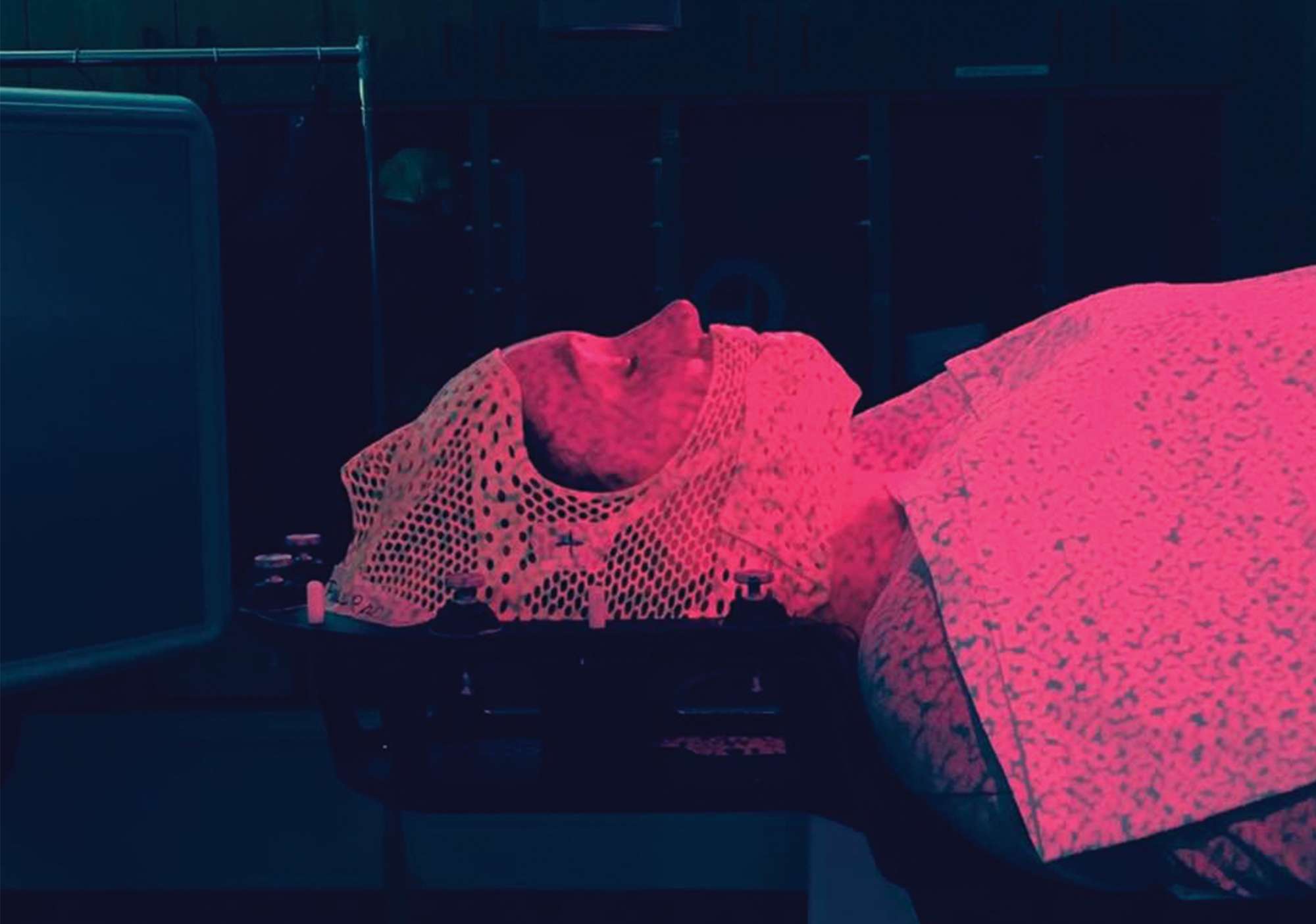 By: Carl Berkowitz, TCCC Volunteer
The tingling sensation in KC Garza’s left cheek was a mild irritant for many months. It hadn’t stopped her from going to her job, or from her love of singing with many local bands. But it was an annoyance as she planned for her wedding, sold one house while building a new one and continued with her travel for work and family activities. Worried that the discomfort in her face would keep her from a bachelorette party in Portland, she made an appointment with a neurologist who confirmed KC’s suspicion that it was trigeminal neuralgia (TN) and started her on a standard treatment of carbamazepine. But because of the potential for birth defects with this drug and her desire to start a family, this soon-to-be-bride decided against taking it.
KC made it through the bachelorette party drug free, with minimal discomfort. But while cooking dinner the next day, her face began to get very hot. She finished her cooking, sat down to eat and began nibbling at her food. And suddenly ”It felt like someone hit me in the side of my face with a baseball bat at the same time my cheek felt like it was on fire. It was like an electrical shock or lightning strike!” This unexpected and sudden flare up convinced her that she had to start the drug, despite its undesirable side effects. By this time, the nerve was so irritated and inflamed that anything would set it off, even drinking from a straw.
With her wedding less than a month away, KC was devastated. Although she got through the wedding with no shooting pains that day or the next, the discomfort came back. Her wedding would be the last time she was able to sing for many months. Shortly after, her neurologist upped her medication to the maximum amount. But the TN flare-ups continued, prompting her to continue looking for relief. A 3-D MRI done at the OHSU Facial Pain Clinic found that there was nothing impinging on the nerve, which is a common cause of TN. She continued her research which eventually led her to consider a surgical technique in which the inflamed nerve is rendered non-functional. But this invasive procedure was associated with a long recovery period and the possibility of additional neurological complications.
Although KC had been obsessive in her research on TN, with much time spent looking at peer reviewed clinical results, traditional folk medicines and cures posted on the internet, her road to recovery ironically started during a standard dermatology exam with Stacy Lameer.
On the day of KC’s exam, Stacy had gone to an early morning seminar on the services and capabilities of the Tri-Cities Cancer Center. Among the information she learned about was a specialized radiotherapy technique to treat TN, available at the Cancer Center.
Stacy passed this information on to KC, who made an appointment with TCCC radiation oncologist Dr. Guy Jones. Following a consultation visit, a custom mask was made for KC to assure that a tightly focused beam of radiation would hit only the specific nerve associated with her TN flare-ups. When the mask fitting was done, she came into the Cancer Center for the actual treatment. Then, as KC’s mother, Jodi Santillie describes it, “We were there for less than an hour, and it was done. The relief in KC was obvious.”
Not only was the radiation therapy effective, says KC but “Dr. Jones and the Cancer Center staff were awesome. They really cared, and knew that the pain was real, and life altering. When I told him what was happening, even though he knew what was happening, he was up front about what could and may not work. He reassured me that this was going to help.”
It’s been more than a year since KC’s last TN flare-up. While she still has some residual numbness and an occasional headache, the discomfort today is nothing like it was before. As a result, she’s getting back to her life ‘pre-TN’. She can sing again (“But I’ve got a lot of work to do to get my voice back”) and will be returning to her job with Freestone Environmental Services (“who let me work from home at my own schedule when I was too tired to come into the office”.)
But maybe the biggest and best step forward for KC, her husband Rufino and parents will be fussing over a brand new (7 weeks as of today!) happy, healthy little boy, Dominic Garza.
For more information on treatment of benign diseases, please visit us online at tccancer.org