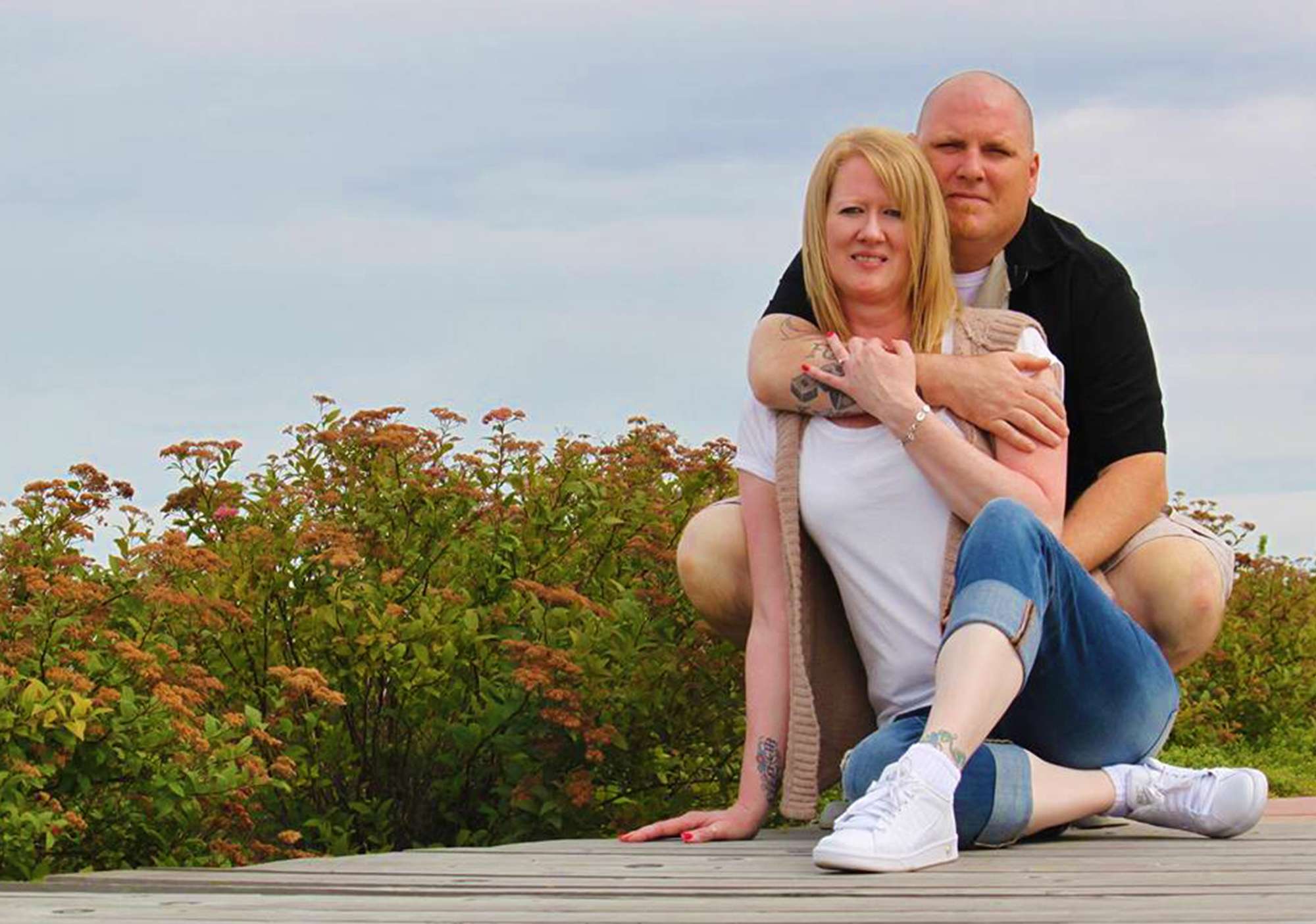 September is a special month for Monte Sample. On September 8, 2012 he asked for Wendy Henne’s hand in marriage. And just six days later, on September 14th, he was diagnosed with a deadly tumor in his brain. Then, on September 14, 2013, exactly one year after the tumor diagnosis, Monte and Wendy were married.

“I always look for a way to turn a bad thing into a good thing,” Monte stated. “Getting married on the same date as a brain cancer diagnosis was a natural way to do this.” But Monte is quick to note that the September 14, 2012 cancer diagnosis was incorrect, although it was an incorrect diagnosis from which he learned a great deal.

Trips to the emergency room in 2012 for recurring headaches led to an MRI that revealed a mass deep within Monte’s brain. This was initially diagnosed as a Stage IV glioblastoma (GBM), a diagnosis associated with a survival rate of 3 months. He was given the option of same day emergency surgery with all the inherent risks of brain surgery, but he deferred, wanting the weekend to talk with his children and family.

The MRI and diagnosis puzzled Tri-City neurosurgeon Dr. Brian O’Grady, who said that while the mass looked like a GBM, Monte just wasn’t acting like someone with had a GBM. A biopsy supported Dr. O’Grady’s hunch. The mass was identified as a slow growing pilocytic astrocytoma that could have been in Monte’s brain since he was a juvenile. Or, as Monte said, “I have the brain tumor you want to have if you’re going to have a tumor.” The depth of the tumor in Monte’s brain made full removal very

complicated using traditional surgical procedures. Since then, he’s learned of treatments using state of the art radiation therapy, as was recently described by TCCC radiation oncologist Dr. Guy Jones in the article, ‘Radiation Therapy: it’s not just for cancer (see the February 2016 issue of the TCCC newsletter). New technologies, such as the TCCC’s Varian Edge, can deliver localized doses of radiation useful in combating a variety of diseases with abnormal growth patterns, including difficult to reach tumors in the brain. And as Monte notes, another plus of the Tri-Cities Cancer Center’s Varian Edge is simply that this
capability is available here in the Tri-Cities.

While Monte’s tumor was found to be non-malignant, he still had many of the symptoms that brain cancer patients endure including bouts of vertigo, disorientation, fatigue, short term memory loss, and complications associated with high doses of dexamethasone, the later including avascular necrosis that has resulted in bilateral hip replacement.

All of which gave Monte a strong sense of empathy for brain cancer patients. This sparked the idea of working with the Tri-Cities Cancer Center to develop a focus group for persons with this diagnosis. He envisions a program where patients, along with their families and friends, can talk about their fears and concerns, and have a place they can share therapy experiences and plans. Visits by specialists from the Tri-Cities Cancer Center and other medical facilities would talk about new research treatments and technologies like the Varian Edge.

Which is to say that Monte is once again looking to turn a negative into a positive, and he’s hoping others will join him in doing the same. TCCC Chaplain Margaret Ley will be working with Monte to start a focus group. Individuals interested in participating or learning more can contact Margaret at (509) 737-3400.