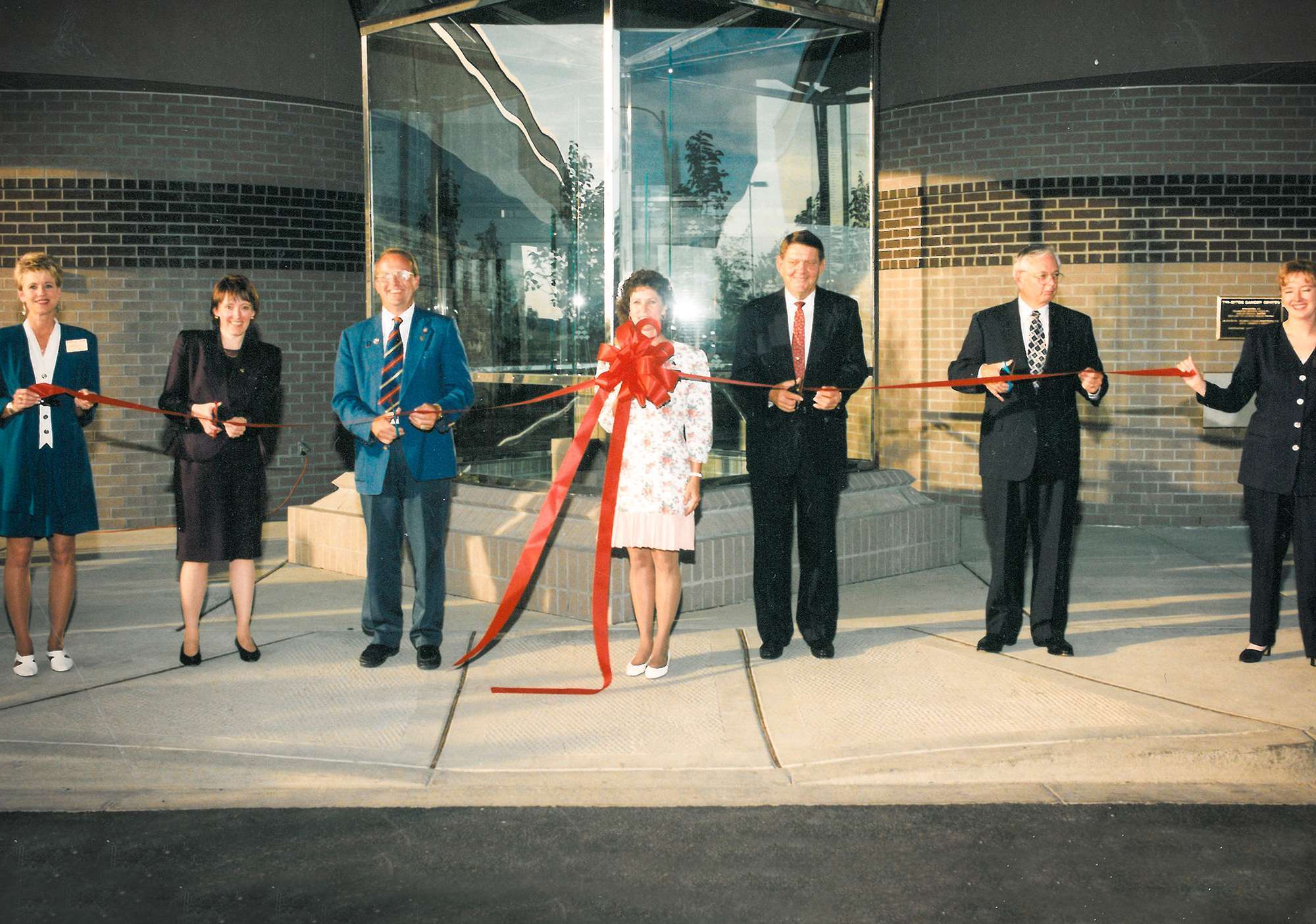 This August marks the 25th Anniversary of the initial formation of our Tri-Cities Cancer Center Foundation. On August 13, 1993, community members gathered at Cavanaugh’s Inn to formalize what was already an incredible grass roots effort to secure investments from community to build world-class cancer care right here, close to home.

At the time, the campaign to raise the $2.1 million dollars to fund the building of the Tri-Cities Cancer Center (TCCC) was about 90% complete, mostly due to the work of the same community members who gathered at the meeting.

On the table for discussion were many topics, including updates to the construction of TCCC and the strategic goals that this Foundation would pursue, in order to build and grow our Tri-Cities Cancer Center. Attendees discussed financial goals for an endowment and the need for staff and patient support programs, capital support and the establishment of a core group of volunteers.

The goals of the Tri-Cities Cancer Center Foundation also identified needs beyond fundraising. The group was tasked to lead the development of the regional identity of the Cancer Center. The group knew that the Foundation would need to serve as the community relations arm of the TCCC, looking for ways to build regional confidence in the care and service of our Cancer Center.

These devoted Tri-Citians then worked to add additional members to the board, as well as discuss and monitor upcoming fundraising and community awareness activities. Joining these members were liaisons from our hospital owner foundations, who raised the needed support before the establishment of the Foundation to build the Tri-Cities Cancer Center:
• Mike McWhorter, KGH Foundation liaison
• Clayton Alford, Carondelet Foundation liaison
• Rollie Ehlers, Kadlec Foundation liaison

Support from a fundraising event honoring Billie Jane Lampson’s birthday, a raffle held by local Kiwanis chapters, participation in the annual Nike Golf Classic and the proceeds from the yearly Rotary Duck Race sales were among the first fundraisers that benefited the newly formed Foundation.

Additionally, the Okeefinokee Golf Tournament found a home with the TCCC Foundation, after several past tournaments were held by the Kennewick General Hospital Foundation on behalf of the Cancer Center. The tournament, now named the HAPO Golf Classic, has raised nearly $1.2 million dollars for cancer care in our community since becoming a part of the TCCC Foundation.

Volunteers hosted many other events as well. Bake sales, raffles, spaghetti feeds, chili cook-offs, volleyball tournaments and more, all created a base of support that still exists for the Foundation today. The establishment of our TCCC Guild and Men’s Club was a critical factor in creating the far reaching support for the Foundation. These volunteers also served as tour guides once the Cancer Center was open and created the base for our volunteer program, which added over 12,000 hours in service to the Cancer Center in 2017.

From its beginnings as a vacant lot at Vista Field, community support took the Tri-Cities Cancer Center from vision to reality and made a dramatic impact on the quality of healthcare in our region. The birth of the Tri Cities Cancer Center was a grassroots community project. The Tri-City Herald called it “a triumph for Tri-Citians who struggled into the thicket of conflict to bring a worthwhile project to conclusion (and)…gives the entire community a reason to be proud of its own dedication for contributing to the quality of health care available in the Tri-Cities.”

There have been many members of our community who have invested in world-class cancer care for our region since the Foundation began in 1993. Since this time, over $20 million dollars have been raised to create the level of care and service, grow the availability of world class technology and provide extensive outreach and support to our early detection and prevention efforts.

The true spirit of this Foundation is in the support from our community. The Tri-Cities Cancer Center began as a vision to bring the best in cancer care to the place we call home. The people, the stories and generous contributions from the community made the vision a reality.